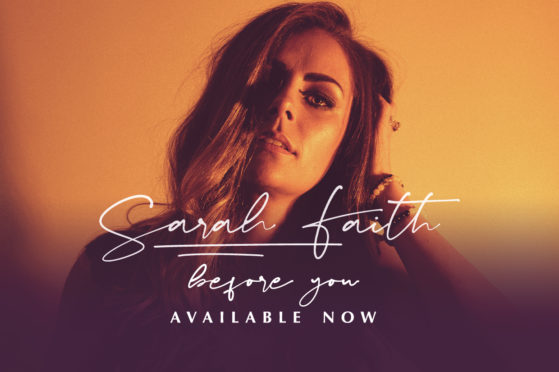 Sarah Faith, a Michigan-raised, Nashville-based (Dickson, Tenn.) singer-songwriter, is dropping her debut single, Before You, to the music world. Having relocated to Middle Tennessee mid-2019, Sarah brought with her a past filled with family addiction and abuse as well as battles with anxiety and depression. With optimistic intentions of creating a bright future, Before You provides a powerful, upbeat head start, giving listeners a taste of the vulnerability and authenticity to come.

Growing up with a single mother who struggled with addiction, Sarah Faith was exposed to mental and physical abuse at a very young age. As a result, she developed mental health issues of her own, but always found a way to fight and make the best of her circumstances. “My music is infused with my story and where I come from. My goal is to prove that it doesn’t matter how crazy your family is or how dark your past is – you can overcome it and use all of those things for good outcomes.” Sarah describes her musical style as a genre-bending mix that draws inspiration from a diverse musical background including classic rock, alternative, and Americana. Vocally, she is inspired by the likes of Jennifer Nettles, Stevie Nicks, Sheryl Crow, and Grace Potter.

Before You released on all major music purchasing and streaming platforms on May 29, 2020.

Why did you write this song? Where did it come from?

This song is very personal to me. It’s written about the dark outlook we sometimes get on relationships before meeting our “person.” It’s actually a very true story, even though I’m not sure we intended for it to be from the very start of writing it. Personally, I had all but given up on the concept of a successful relationship, much less marriage, and this song talks about that a little bit. I had a grim outlook on the world, and I honestly thought I’d be better off alone than continuing the fruitless search for a worthwhile partner in crime.

Originally, when we sat down to write this tune, we were thinking of a fun Friday happy jam, and I think we still came away with that, but it ended up being really infused with my story. Maybe that’s why I love it so much – it’s fun and catchy, but still really personal for me and uses my story as part of the overall message.

What does this song mean to you? What do you want listeners to take away from this song?

This song makes me smile every time I play it. It’s really the beginning of my “happy” with my husband – he really did randomly walk up to me in a bar with those pretty blue eyes and change my plans. I know it sounds crazy, but it was definitely the epitome of “when you’re not looking” and “when you least expect it.”

I guess I’d like to just give people hope that those two cliches actually are true – or they can be. I was in no way looking for a relationship, but out of the blue, my person came along just when I felt all hope was lost.

How would you describe the sound of the song to someone who hasn’t heard it before?

As an artist, I truly believe in blurring the lines between genres as much as I can get away with. I grew up on a sort of weird mix of classic rock, 90s alternative, country, and pop music, plus I was involved in choral music so there’s a good bit of classical influence mixed in as well. Sonically for this single, my vision was lots of guitar and lots of drums. I’m super inspired by The Lumineers and Grace Potter, among a bunch of others, so I really wanted to pull some roots, Americana, and vintage sounds out of this tune. I think overall, that’s where I feel I fit in as an artist – mixing a bunch of things together that feel good and hopefully sound good too! 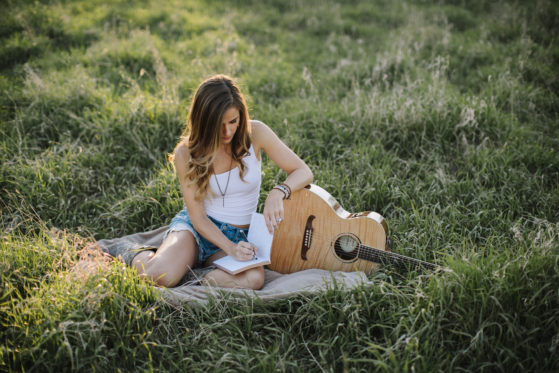 only eight days stand between me and release day. i’m VERY excited – i can’t wait for everyone to hear what i’ve been working on, thinking about, tweaking multiple times, listening to probably about a thousand times, dreaming about, and completely pouring myself into. this song means the world to me, and i think the largest reason is because it’s the beginning of many many more.

it’s the start of my purpose. it’s the first time i’m addressing the world and letting the universe know i’m here for real and ready to be used, ready to serve, to give my heart, soul, stories – really ready to give all of myself to leave this place a little better than when i came. to help people put into words things they can’t themselves understand. to really spread the message that just because you come from a mess doesn’t mean that you are a mess. you can have a dysfunctional past without the necessity of a dysfunctional future. i truly believe these things, and i’ll keep repeating them over and over again, reaching as many people as i possibly can.

i always said if i impacted one person, all of this would be worth it – everything from the good to the bad. for all the times i was going through stuff with my family, with my mental health, with everything that comes from being a child of an alcoholic… it was all worth it – so worth it that i’d do the same thing over and over again. when i’m asked what the one thing is that i’d do for free – my answer is undoubtedly share my story. looking back, i spent so much time trying to act like everything was fine, trying to fit in, be the hero, take care of everything, when all i really wanted was to tell people how confused i was and how much of a toll my home life was taking on me. all i wanted was someone to understand my confusion. shit, i’m still confused sometimes and my mind is still caught up in where i’ve been now and again. the difference is now i know where i’m going and i know there’s a greater purpose, so it helps with some of that confusion.

where am i going? i always love talking with people about this. i was chatting on the phone today and i could feel myself get really amped at this point of the conversation. for me, this isn’t just about making pretty music and laughing and having an easy life. my journey as a singer-songwriter is about doing things i never thought i could do. saying things i never thought i’d be able to say. seeing things in a way i never thought i’d see them. i thought i was hopeless, useless, and pointless, and as i continue to wake up to the dreams inside my soul and start looking at them as not only possibilities, but outcomes, everything shifts. everything changes. the shit show that i used to drown in becomes a platform that holds me up – my weaknesses become my strengths.

can’t wait to have you on this journey with me. it’s about to be one amazing, unbelievable, unapologetic ride. 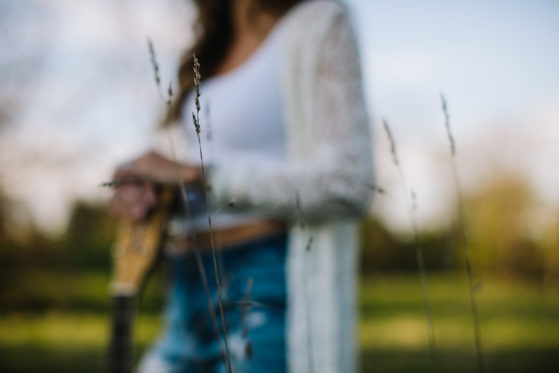 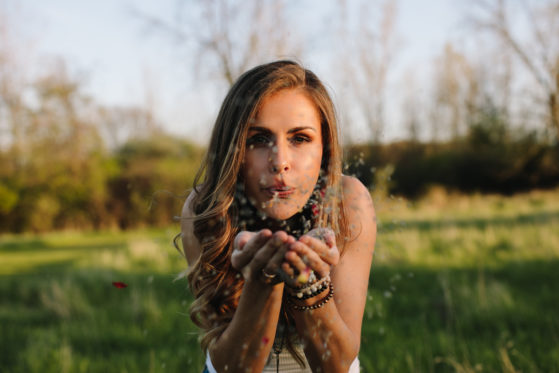 the importance of imperfect days

i’d described the space i’m in this morning as kinda… “blah.” sort of existing, i’ve got a list of a couple things that i’ll probably get done at some point today, but i can’t say i feel particularly like “attacking” this day. urgency? not a thing today…. much more tortoise than hare.

i’ve been here before. many times. as someone who’s battled anxiety and depression what feels like my entire life and continues to do so (*though the battle does get easier, Thank. The. Lord.*), it’s just not rare for me to feel this way. in this space, sometimes i start wondering what it’s all for. i feel myself feeling a bit…. pointless or hopeless…. not to be a complete Debbie Downer or anything! there is a point to this.

honestly, if not for the imperfect days, how in the hell would i have such a GIGANTIC appreciation for the days that totally kick ass? i’m pushing myself to realize that the highs aren’t nearly as cool if you’re walking around like every day is the best day on Earth. you can’t be at 150% all the damn time. you just can’t. or at least i can’t…. so why would i pretend like i am or that i can??

am i going to sit around today and get nothing done? well, that’s just not me, regardless of how sloth-like i feel. i’ll get some stuff done. that’s for sure. but i’m not going to lie to you and say i feel Super Motivated to do ALL THE THINGS OMG!!! i’m really comfy in this blanket right now, and the last thing i feel like doing is looking presentable. honestly, could not care less. but if i just let myself feel this way, be this way, sit right here without completely SHAMING myself for it, i guarantee it’ll make this blah mood a helluva lot easier on myself.

so….. cheers to sometimes just not feeling like doing a whole lot of things. and letting that be okay. because it’s not permanent. nothing really is. and i’ll still be “killin’ it” even if i don’t accomplish 5,000 things today. i have a LOT of energy. but i do NOT have it in me to do 5,000 things every. single. day. not if i want to do them well, anyway! and trust me when i say – nothing’s worth doing if you’re not 100% in it and doing it well.

really hoping maybe a sentence or two of this hits home for someone – if not, then it’s a really good reminder for myself that a slow day now and then is just fine. embrace the space you’re in, be okay with the pace you’re moving, because a small step is still a step. if you’re moving the needle, then small moves still count.