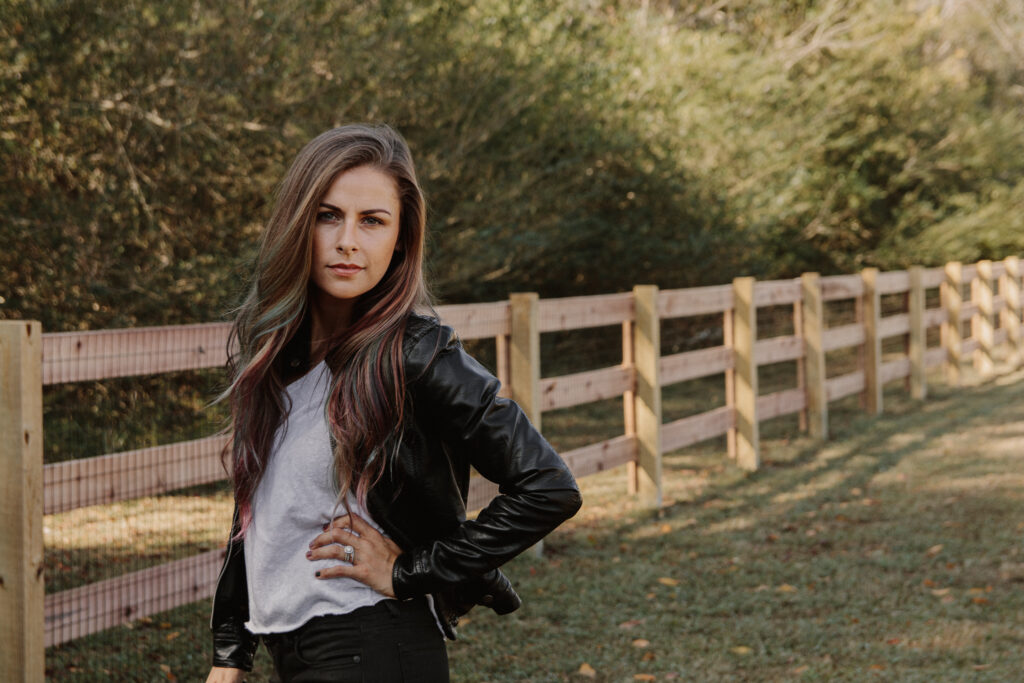 i’ve been golfing since i was a kid – i believe my dad put my first club in my hand at 9. he would every so often lovingly suggest that i pursue golf more seriously because he really thought i could go somewhere with it – play in high school, get a scholarship, really do the damn thing – but i sort of laughed him off just about every single time. i was a soccer player. i didn’t believe that i could ever be good at a sport that relied so heavily on myself – i thought i needed the team and, if i’m being completely honest, i got quite a bit of aggression out… golf is not a contact sport, nor one that really involves any sort of aggression. final deduction – not for me.

but i’ve still played golf here and there my whole life, just not very seriously. as far as swings go, i’ve got a decent one. i had a great teacher growing up in my dad, and my husband aspires to golf professionally. but i just never could quite call it “my sport.” so it didn’t seem like a big deal a couple weeks ago when i literally said out loud….. “i think i’m just going to stop trying… i don’t know why i keep wasting all this effort trying to get better at this. i need to just accept that i’m a 90s golfer…” i understand that 90s is great for many, but i’ve got the most competitive spirit i’ve ever met, and i’m constantly golfing with people who are birdie machines and under par pretty often. i started feeling like a failure. i started telling myself how much i sucked in comparison. it made me mad. like, really mad. i started talking like a defeatist. i truly believed the game was a waste of time, and i wasn’t having any fun playing it.

TRUTH BOMB –> it’s all mental. not just golf. everything. all of it. it’s mental and you get to choose what kind of mentality you have and what actions that mentality inspires you to take. *carry on*

here’s why i know that little above part to be true. i was involved in a tournament this past weekend – a two-day, two-man tournament. the way it worked out, i was partnered up with one of our great friends and neighbors, and we were all excited to play this tournament, chirping each other, just all around amped. except for the thoughts i had in the back of my mind that whispered sweet nothings to me – things to the effect of, “you’re not even good at this game. your poor partner. hope his back doesn’t get tired from carrying the team…” you know, kind, helpful things like that…

but it wasn’t just a few good swings on the driving range – those few swings turned into my second lowest round ever – 79. and i’ll even add that one bad hole cost me a 76 – which would have totally been badass. but the bottom line is… it was all mental.

i committed to myself from the very beginning that i was going to be locked in mentally for all 18 holes. none of this shit where i trail off and start telling myself how shitty of a player i am, how bad of a teammate i am, how one mistake leads to another, how you i can have one good hole, but probably not two, none of that. i was committedAF. i took as many deep breaths as it took for me to settle down – like 936 deep breaths, people. a SHIT TON of deep breaths…. because i’m a damn MENTAL case out there. i SWEAR. in my head the entire time…. it. was. hard. but you know what, it was worth it. and i proved to myself that for as mental as i think i am, i’m so much stronger than all of that crap that happens in the tiny space between my ears.

before every shot, no matter how difficult, i waited for my mind to clear all the shit before i acted. (side note: my life should be like that… let the shit clear before taking action.) on tricky shots, i waited for all of that crap to get out of the way that told me i would never pull it off, which led me to back-to-back birdies at one point. i stood on tee boxes and literally visualized the exact path of my drive – i probably looked nuts sometimes just staring at the fairway for like 10 seconds at a time. but i didn’t care, because 200+ yards later, i was ready for shot number two – set my up for eagle once and put me about 5 feet off the side of a green once… it’s all MENTAL!!! i stopped caring about how i looked, what other people thought, and i 100% bought in to that round – all four and a half hours of it. and for someone as off-the-walls as me, that’s a long ass time.

guys, i’m not an amazing golfer. sure, i’ve been playing a long time, and i’m better than average. i’ve got good mechanics and i can get around a course pretty well. but i one THOUSAND percent willed my way to that round – i know that without a doubt. it was my mental game that kicked so much ass that day.

and this is alllllll applicable to life. how many negative things do you tell yourself on a daily basis, sometimes without even realizing they’re there?? i’ll just fess up and say….. kind of a lot, like…. too much… way too much…. more than i’d like to ever admit – and the gross part is the some of the things i tell myself, i would NEVER utter to another human being, so Why in the Hell do i let that live in my mind…? how many times have i walked up to a golf course and been like “yup, i totally can’t wait to play this game today,” only to basically mentally give up entirely after my first mistake….. a mistake that probably isn’t that big of a deal and is probably normal for a girl who isn’t an aspiring pro golfer….. why does it take so LITTLE for me to cash it in??? no way, José. i realized some Powerful Shit the other day on the course, and it is STAYING!!!

Take as many deep breaths as it takes to calm down – who cares what you look like. it’s not about them, dammit. COMMIT mentally to what you’re doing! it’s the most powerful thing you can do! i learned, and literally proved to myself for the better part of 5 hours…. that my mind is SOOOOOOOOOO powerful!!!! not like i didn’t know that before, but i literally spent FIVE HOURS working this truth and it was like SCIENCE!!!!

so…. all that being said…. i truly hope that this fires you up and gives you a glimpse of your power. and i truly, truly hope it’s just as therapeutic of a revelation for you as it has been for me.

be well friends. love you all